The Re-Dedication of the Arboga Assembly Center 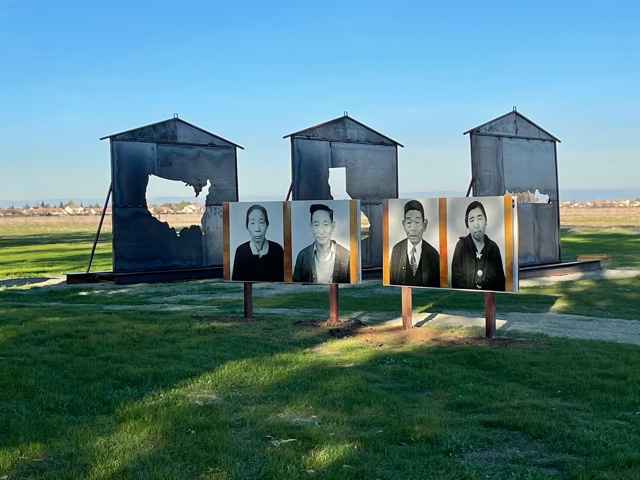 uba Sutter Arts & Culture in collaboration with the Marysville Japanese American Citizens League is hosting a re-dedication of the Arboga Assembly Center Memorial Site and Interpretive Center. The ceremony will take place on Saturday, October 22 at 10am and is free and open to the public.  The Memorial Site is located on Broadway Street just east of Feather River Boulevard in south Yuba County. The location is clearly shown on Google Maps as well.  Grant funding from the California State Library and the Teichert Foundation to Yuba Sutter Arts & Culture made development of the park possible.

Originally, this location was the site of a migrant farm workers’ camp in the 1930s. It was quickly converted in 1942 to temporarily house 2,500 local Japanese Americans following President Roosevelt’s signing of Executive Order 9066 while the U.S. Government built the permanent concentration camps. This led to the forced removal and incarceration of some 120,000 Americans of Japanese ancestry. These individuals, who were mostly U.S. citizens, had to abandon their jobs, their homes, and their lives to be sent to one of ten concentration camps scattered in desolate, remote regions of the country. Over thirty years in the making, the Arboga site was designated a California State Historical Landmark in 2009 just prior to the original dedication ceremony held on February 27, 2010.  The location is now owned by the Marysville Joint Unified School District which helped establish a Memo of Understanding for development of the Memorial Site.

The program at the site will feature a keynote presentation by a special guest (to be announced). Other guests will include artist and Marysville City Councilman, Stuart Gilchrist, who designed the Park and will talk about his inspiration for the design having grown up in the adjacent neighborhood.  Dan Turner, Yuba College welding instructor created the metal barracks-shaped sculptures at the center of the site with help from his students and will share his view on the meaning of his work and the significance of the location. David Read, Executive Director of Yuba Sutter Arts & Culture will talk about the organization’s involvement with the project along with Sue Cejner-Moyers, President of the Yuba County Historic Resources Commission.

The Arboga Assembly Center Memorial Site and Interpretive Center serves as a reminder of the impact the incarceration experience has had on families, on communities, and the country. It is an opportunity to educate others on the fragility of civil liberties in times of crisis, and the importance of remaining vigilant in protecting the rights and freedoms of all. The program will feature a guided tour of the Memorial Site which was completed in late 2021.